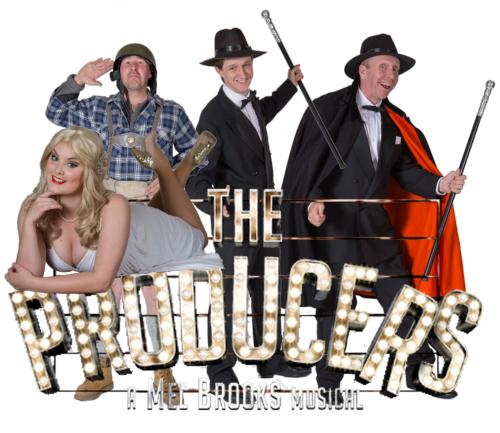 The Producers – A Mel Brooks Musical

“Outrageous, hilarious, off the wall, and maybe a teeny bit offensive!”

The Producers – is a Mel Brooks creation and has been a smash hit Broadway and West End Musical. It’s just about the funniest musical ever and went on to win record-breaking 12 Tony Awards and 3 Olivier Awards.

The Producers features a riotous mix of eccentric characters and show stopping songs that will have the audience toe-tapping their way through the brilliant world of Broadway. Featuring the all time classics ‘Springtime For Hitler’, ‘I wanna be a producer’, ‘If you’ve got it flaunt it’ and ‘Where Did I Go Right?’

Taking the lead in our show will be Peter Whitley as Max Bialystok and Matt Gardner as Leo Bloom as the two hapless Broadway producers. Impoverished by a string of flops, New York producer Max, recruits timid accountant Leo Bloom to help him pull off Broadway’s greatest scam. Together they aim to produce the worst show ever and run away to Rio with millions, but they learn that Showbusiness can always find a way to kick you in the teeth.